In an effort to strengthen tourism promotion, on November 22nd the Puerto Peñasco Convention and Visitors Bureau will present the talented Sonoran singer Yuridia, “La Reina de la Balada,” in a mega concert at the EXPO Center Convention Center where 2600 people will take in an unforgettable night of music.

For more information, contact the Puerto Peñasco Convention and Visitors Bureau (OCV) locally at 388 0444 or cell: 638 105 3384, or at info@cometorockypoint.com 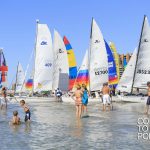 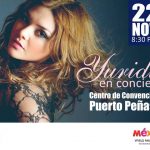