Vívelo para creerlo tourism campaign: Live it to believe it!

Sonora Governor Guillermo Padrés visited Mexico City in early June for the launch of the national tourism campaign “Vívelo para Creerlo” (Live it to Believe it), which presents promotional spots from across Mexico.

“We were with President Peña Nieto for the launch of Mexico’s new tourism campaign; we viewed the promotional spots from across Mexico and all of the content for tourism competitiveness in the country, and particularly in Sonora. Under the program Vívelo para Creerlo we saw all of the marvels there are. Here in Sonora, with our beaches, land, and magical pueblos, is a State which is in the best moment to strengthen tourism,” stated Governor Padrés.

The gathering also included presentation of state programs of competitiveness for tourism destinations as well as strategies for Mexico itself. In 2013, Mexico was the second most visited country within the Americas, and one of the countries with the greatest presence among global tourism. 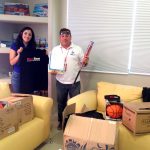 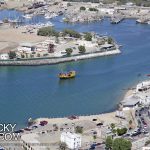