Nuria Sanz, Mexico representative of the United Nations Educational, Scientific, and Cultural Organization (UNESCO) will be visiting the Pinacate Biosphere Reserve this weekend.

Accompanied by Luis Fuello MacDonald, Director of the National Commission on Protected Areas (CONANP), Sanz will be touring various parts of the reserve for the first time as she becomes more familiar with one of the most bio-diverse points on the globe, which was named a World Heritage Site by UNESCO in June 2013.

Horacio Ortega, Deputy Director of the Pinacate Biosphere Reserve, confirms the visit of the UNESCO representative along with the CONANP Director is informal and therefore a formal event would not be held.

He indicated that on Sunday, accompanied by staff from both CONANP and the Pinacate Reserve, the visitors would be flying over various parts of the Grand Desert of Altar.  They are also planning to visit the archeological point “Proveedora” in the neighboring community of Caborca.

Ortega stated official verification done by UNESCO staff to sites that have been registered as World Heritage Sites may take place at the Pinacate toward the end of the year. 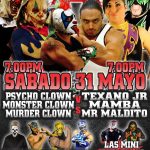 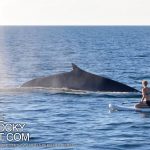