According to information gathered by the Puerto Peñasco Convention and Visitors Bureau (OCV) from local hotel and accommodation agencies, there has been a 14% increase in tourism to the area from January to May over 2013.

The annual increase in tourism to Puerto Peñasco exceeds the national growth average, reported at from 2% to 6% across Mexico, and global increases in tourism of around 5%, according to information provided by Convention and Visitors Bureau President Héctor Vázquez del Mercado.

Some of the factors that have influenced a growth in tourism to Puerto Peñasco include the improvement (minor though symbolic) of the U.S. economy, as well as improved roadways, and ongoing promotion of Puerto Peñasco’s beaches both in the U.S. and Mexico.

During his recent visit to Puerto Peñasco for inauguration of the city’s new Expo Center, State Director of Tourism Promotion (COFETUR) Javier Tapia Camou remarked during the first quarter of 2014 Mexico as a whole had a 25% rebound in tourism above 2013.

“Last year was a record tourism year in Mexico, and during the first quarter of this year we were already 25% above 2013, which points to a good year. Sonora is not an exception, and we are experiencing this here in Puerto Peñasco,” he emphasized. 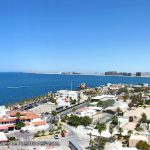 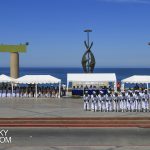