The first edition of the Toma Color 5 K fun run, which included approximately 700 participants of over 800 who all signed up with the sole purpose of having fun and supporting the DIF’s Dialysis Center project, was a tremendous success thanks to the joint efforts of the community and the local administration!

The race, which began at Plaza la Madre, drew together city officials and employees, families, businesses, and friends who all joined in this noble cause for a day of healthy fun, beginning with an early morning warm-up led by instructor Ernesto Leyva.

As part of the official start, participants launched colorful balloons into the skies over Puerto Peñasco before heading out along Blvd. Juarez and a number of streets in the Old Port.

Participants, whether walking or running, went through 5 different water stations along the way. At each station, participants were doused in colorful powder in shades of blue, pink, purple, green and yellow while also getting rehydrated to help them reach the finish line. Families and friends of Toma Color runners gathered in the Malecón at the Finish Line to await the arrival of all who had covered the 5K fun run. 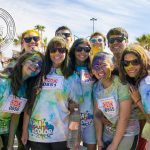 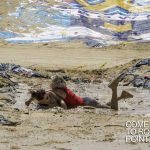 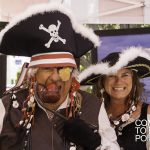