The meeting, which was held at the new Convention Center, included Javier Tapia Camou, Director of the State Commission for Tourism Promotion (COFETUR), Jesús Romero Chagoyan, City Director of Civic and Cultural Affairs, and Héctor Vázquez del Mercado, President of the local Convention and Visitors Bureau (OCV), who heard about the plan that would provide an ideal space for skateboarding.

The “Skate Park” proposal was presented by Puerto Peñasco native and current U.S. resident Braulio Castro who, together with Uncle Skate Charity, has developed an executive project along with architect Morgan Ellig.

With Public Projects Director Heberto Reyna Orozco on hand, who would be in charge of seeing the project through, Castro explained the park would complement existing sports infrastructure and promote skateboarding among youth.

The Mayor reviewed the drawings for the skate park, which would consist of a series of ramps that when combined provide various tracks, jumps, or area for tricks, and made the commitment to pursue necessary steps to obtain resources for the project.

Staff from the U.S. based Uncle Skate Charity are also interested in this project and have even helped in drawing up plans while donating equipment and promotion for the Skate Park.

Also in attendance at the meeting were Aldo Gabriel Reyes Limón and Cristian Ramsburgh, two young Puerto Peñasco skaters who earned 146th and 151st place out of 210 competitors in the U.S. These are important spots within the skateboarding world.

The “Skate Park” possibility represents a new opportunity for Peñasco to attract yet another type of tourism, principally to a broad base of youth who could visit to compete or watch skate events, along with their families. 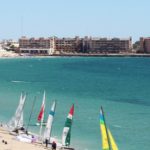 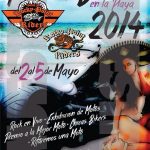