A unique natural spectacle can be seen along the beaches of Puerto Peñasco with the remarkable rise and drop in tides in just a single day.

Those who have just visited our port for the first time are most certainly struck by our tide phenomena, having the opportunity to see how the tides come in to cover the beaches and then retreat to a far distance. This natural marvel occurs in the Upper Gulf of California from Puerto Peñasco and San Felipe up to the Rio Colorado Delta, which possesses one of the most extreme tide ranges in the world.

The drastic tide changes in the region occur when the tide enters into the narrow strip of the Upper Gulf, causing the sea to rise to a high level. As the tide goes down, the water begins to filter out, much like the way of water rising and falling in a bathtub. This type of movement occurs where shallow bays exist, such as Bay of Fundy in Canada, and of course here along our beaches in the Upper Gulf where two high and two low tides can be registered in a single day.

Tides are the result of many factors occurring at the same time, the most important of these being the gravitational forces of the sun and moon to the earth, and the centrifugal force of the earth’s rotation. The biggest tide changes, often called “live tides” (or high tides), take place approximately every fifteen days both during a new moon and the full moon when the sun, moon and earth align. When the moon and sun are not in alignment “flat tides” exist both in the morning and evening.

The extreme tidal movement in the Upper Gulf of California guides the movement of water near the coast, and also influences the migration and feeding patterns of sea mammals, birds, and fish. It also directs activities of fishermen as the tides determine when, where, and how they can fish. In essence, the tides dictate any activity for beach visitors in the Upper Gulf, who are subject to its ebb and flow.

It is interesting to discover how in this small corner along the coast of Puerto Peñasco the tides can retreat to far distances and then return to cover the beaches. You can witness this first hand, though it’s important not to leave your sandals on the beach as the tides will not bring them back! 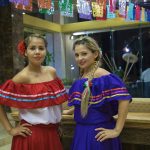 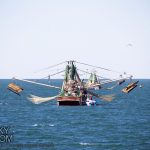