Puerto Peñasco was present at the annual Travel & Adventure Show, held January 13th – 14th in San Diego, California, promoting the beach destination as well as recreational, adventure, and lodging services in the area. With an estimated 12,000 people in attendance seeking vacation options, there was tremendous interest in the possibility of “road trips”.

The Puerto Peñasco promotional stand was staffed by Sue Schmidt of Playa Bonita Resort and Germinal Garcia of Hotel Peñasco del Sol, on behalf of Peñasco hotels, as well as Lizeth Ibarra, Director of the Puerto Peñasco Convention and Visitors Bureau (OCV) and administrative assistant Fernanda Ortiz.
It’s worth noting among the various exhibits, the Puerto Peñasco stand was one of the most attractive as it offered a visual representation of the area, displayed across a giant LED screen. The vivid presentation included photos and videos of aquatic, beach, and adventure activities, as well as unique experiences to sites of interest including the Pinacate Biosphere Reserve and Bird Island while highlighting the beautiful moments offered by the Sea of Cortez. The showing of Puerto Peñasco caused tremendous impact and garnered the interest of tour operators, bloggers, tourism promoters, and the public in general. 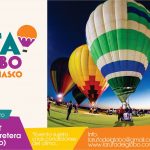 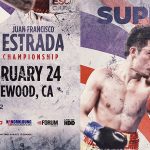