Following a 5% increase in Spring Break visitors over 2013, Puerto Peñasco is gearing up for a busier than ever, and even historic, Semana Santa Holiday period.  Héctor Vázquez del Mercado, President of the Puerto Peñasco Convention and Visitors Bureau, notes that reservations at local hotels are already upwards of 95% for this year’s Easter break stretch. In addition to what is traditionally the busiest weekend, encompassing Easter itself, a number of activities and important events scheduled for the following weekend are sure to also draw a number of visitors.

Easter holiday traditions can be found once again in the Old Port on Friday, April 18th, with the dramatic retelling of the Stations of the Cross. More than 50 actors will gather in the malecón, beginning at 10 a.m., for the traditional presentation that will then make its way along roads in the Old Port, concluding near the stone backdrop of Whale Hill.

Banda music, DJs, and special concerts will enliven the atmosphere throughout Semana Santa, while area beaches will welcome visitors to our shores. Outdoor adventure opportunities abound, across land and sea, and at the Pinacate and Grand Desert of Altar Biosphere Reserve, which in 2013 was named a UNESCO Natural World Heritage Site.

On April 26th, in addition to the annual Rocky Point Triathlon, hometown World Boxing Flyweight Champion Juan Francisco “El Gallo” Estrada Romero will be defending his WBO/WBA titles here in Puerto Peñasco at the new Convention Center!  Area hotels and resorts are offering vacation packages for the bout, while Las Palomas Beach & Golf Resort is also preparing for a night of multicultural music by Jenny and the Mexicats.  That same day, the malecón will once again welcome the ATMC Skateboarding crew for their annual skate competition.

The President of the local Convention and Visitors Bureau adds that in order to attract people to the long awaited fight of the World Championship Boxer from Puerto Peñasco, there will also be charter flights coming in from Tijuana and Hermosillo.

To ensure a safe Semana Santa along highways and local streets, Federal, State, and Municipal forces have joined together in a safety operation in order to prevent accidents and casualties. 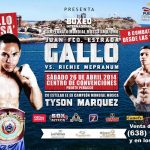 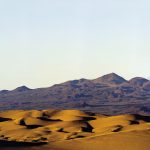 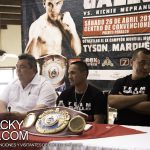