Piñatas are an essential element to December fiestas across Mexico. The piñata, traditionally made with a clay center though now commonly made out of paper maché, is put together with wire and paper cones often meant to symbolize the seven mortal sins. At the same time, the points on the piñata also reflect the star that guided the Holy Family to Bethlehem.

Piñatas can be filled with candies, as well as seasonal fruit and treats. Both young and old participate in the breaking of the piñata, with a blindfold placed over whomever is taking a turn at striking the moving object, while others sing traditional verses of encouragement.

In Puerto Peñasco, piñatas are made by local artisans and can be found along Calle 32 “Rodeo Drive”, as well as in the curios market in the malecón, at numerous candy shops, and spots along Blvd. Benito Juárez. 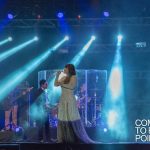 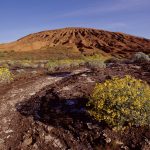 Next article - Craters and sand dunes at the Pinacate! Perfect for all seasons! »
© OCV de Puerto Peñasco All rights reserved 2021 - Come to Rocky Point.