The Peñasco Expo Center, with a capacity for 2500 people, parking for 1000 vehicles, and space that may be divided into 10 halls, was officially inaugurated on May 8, 2014 by Sonora Governor Guillermo Padrés Elías. Governor Padrés was accompanied by COFETUR Director Javier Tapia Camou (State Director of Tourism Promotion), and Puerto Peñasco Mayor Gerardo Figueroa Zazueta along with various local and state officials.

Though this marked the formal inauguration of Peñasco’s Expo Center, which is sure to attract new levels of convention tourism to the area, the Center had already been center stage on April 26 as site of the World Boxing Championship in which hometown flyweight boxer Juan “Gallito” Estrada Romero defended his two world titles.

The Peñasco Expo Center will serve as a pillar for the future of tourism in Puerto Peñasco. 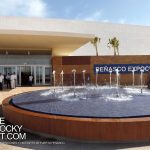 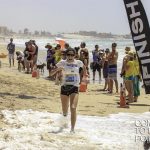 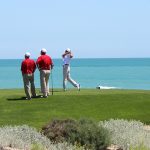