Peacemakers and Thieves unite at January Jam in Rocky Point

(Tempe, AZ) As a bitter cold front converges on the U.S. from the Pacific Ocean, it’s time to pack panchos and sombreros and head south toward warmer Mexican latitudes for Roger Clyne & The Peacemaker’s (RCPM) annual January Jam VII, to be held January 23-24th, 2015.

Joining RCPM will be Tramps & Thieves, veterans of past Circus Mexicus weekends and Valley favorites from Phoenix. Tramps and Thieves will kick things off Friday night at 8pm outside at Banditos, located behind both the Sonoran Spa and Sonoran Sea Resorts. RCPM will follow at 9:30, playing an entire set of cover songs. The set theme will be, “Anything goes”, according to Roger Clyne. Last year, RCPM covered songs from bands representing all types of genres including Fleetwood Mac, Social Distortion, Doobie Brothers, Split Enz, Led Zeppelin and The Violent Femmes to name a few. The band began rehearsals earlier in December and promises to put their unique spin on a different list of songs this year.

Saturday night takes on a more traditional look as RCPM returns to JJ’s Cantina in Cholla Bay for the 7th year in a row. In 2008, following an intense eight day recording session in Cholla Bay, which spawned songs for the album Turbo Ocho, the band announced an impromptu show on their website to be held the following Saturday at JJ’s Cantina. A few hundred fans made the journey and January Jam was born.

Jason Boots will get the party started at 5pm. Fans are encouraged to get there early as tables and seating are first come, first served. In keeping with tradition, RCPM will take the stage at sunset for what is always a long and surprised-filled set in one of the most intimate settings they play all year. In a new twist, PH Naffah will return to the stage with James Gerard and the Serious Moonlight following RCPM at approximately 9:30pm. Members also include Jim Swafford, Chris Kantor, Dave Entz and J. Scott Howard.

Earlier on Saturday, Naffah will host his Mexican Moonshine Tequila Golf Classic Saturday morning at the Links at Las Palomas. Using a 9-hole format with great prizes, lunch and raffle items, the tournament raises money for local Rocky Point charities each year. Non-golfers are also encouraged to come and support the event. Registration and information can be found at the band’s merchandise website www.peacetimegoods.com .

Still haven’t had enough? Jimmy Chorizo, aka Peacemaker guitarist Jim Dalton will play a free Hangover Set inside Banditos on Sunday afternoon at 1pm. A full food and drink menu will be available.

Discounted condos at both the Sonoran Spa and Sonoran Sea are available while supplies last by calling RPR Mexico at 866-483-3379 and using RPR’s discount code RCC115. Las Palomas Resort is also a preferred partner and reservations can be made on their site at www.laspalomasresort.net .

Tickets for both Friday and Saturday go on sale Monday, December 29th at www.circusmexicus.net . Fans can save money by purchasing in advance a commemorative laminate with a lanyard that includes admission to both shows Friday and Saturday night. Updates for both January Jam and Circus Mexicus can be found on the site as the band inches closer to returning in June for its signature event weekend.

For more information on RCPM including how to purchase music, go to www.azpeacemakers.com . Information on Roger’s premium line of Mexican Moonshine tequilas can be found at www.mexicanmoonshine.com . RCPM is an independent rock band formed in 1998 and self produces its own concerts in Rocky Point, Sonora, Mexico. Information for all concerts held in Rocky Point can be found at www.circusmexicus.net . Still have questions? Contact Greg Ross at gross1@cox.net . 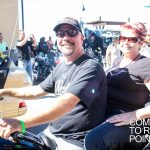 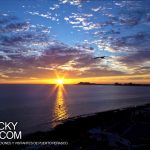