Puerto Peñasco Convention and Visitors Bureau (OCV) emphasizes Safety Corridor between Sonoyta and Puerto Peñasco, along with the confidence it generates for visitors and investors

The Puerto Peñasco Conventions and Visitors Bureau (OCV) attended the Sonora-Arizona, Arizona-Mexico Commission, held June 14th & 15th in Tucson, AZ, where they also hosted one of the initial welcoming events.

At the summit meeting, which was held at the JW Marriott Tucson Starr Pass Resort & Spa located on the west side of Tucson, OCV President Hector Vazquez del Mercado spoke about the importance of the Safety Corridor inaugurated on March 5th of this year, as well as the impact this has had socially and throughout the media.

Vazquez del Mercado highlighted the increase in the number of visitors to Puerto Peñasco, as well promotional TV campaigns the OCV has been running, representing an investment of 28 thousand dollars. These promotional spots, done in partnership with the tourist developments of Esmeralda, Playa Bonita, Peñasco del Sol, and Las Palomas Beach & Golf Resort, have aired on channels 15 ABC, CHANNEL 5 CBS, CHANNEL 10 FOX, and CHANNEL 3. Furthermore, a 10 thousand dollar social media investment has reached 2 million views and had over 300,000 interactions.

The OCV President mentioned the influx of vehicles crossing the border at the Lukeville, AZ – Sonoyta, Sonora crossing has increased by 15% compared to the 2017 period, with this year already reporting the crossing of 121,390 privately owned vehicles.

At the bi-national meeting, the signing of the Memorandum of Understanding was highlighted in order to promote a tourism campaign that promotes both states as one single tourist destination.

During the binational meeting, a Memorandum of Understanding was signed that highlights the goal of promoting tourism across both Arizona and Sonora as a sole tourist destination.

The Puerto Peñasco Convention and Visitors Bureau (OCV) also took part in Sonora Fest 2018, which took place in Sierra Vista, AZ June 16th – 17th following the Arizona-Sonora Commission. The OCV had been invited to participate by the State Tourism Office (COFETUR) and the Secretary of the Economy.

Sonora Fest is a space in which small and medium sized Sonoran companies can promote and consolidate their products, integrating themselves into the international market. Nearly 60 businesses from different sectors including tourism, food, textiles, jewelry, and furniture, among others, participated in this year’s event. Jorge Vidal, Secretary of the Economy for the state of Sonora, accompanied by Sierra Vista mayor Rick Mueller, and Arizona Secretary of State Michelle Reagan, visited each of the displays to learn more about all the regional products offered.

OCV-Peñasco, along with other businesses and OCVs from across Sonora, was present at the successful event. Those that visited the Peñasco display were very interested in visiting and were seemingly surprised at the great progress made in the city’s tourism infrastructure. People asked about safety in traveling to Puerto Peñasco and they were informed about the recently implemented Safety Corridor. 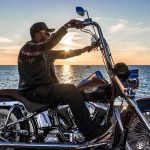 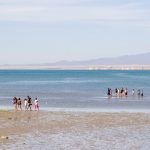