During her lightning visit to the area on Wednesday, July 9th, Mexican Secretary of Tourism Claudia Ruiz Massieu Salinas made the commitment to include the Puerto Peñasco homeport among topics at the National Cruise Policy Board. She also committed to promote the construction of sustainable infrastructure in the area of the Pinacate and Grand Desert of Altar, while providing follow-up on topics regarding connectivity to the port.

After flying over parts of the Pinacate and Puerto Peñasco’s beaches, accompanied by Sonora Governor Guillermo Padrés and State Tourism Commissioner Javier Tapia Camou, the Tourism Secretary met with a number of business leaders in Puerto Peñasco to listen to their concerns and requests.

Ruiz Massieu Salinas made the commitment to follow up with important topics including the homeport, the lack of aerial connectivity to the area, and greater tourism promotion of Puerto Peñasco on an international level.

The Federal official stressed Puerto Peñasco is part of a national asset, therefore the Federal government must support the State and local governments, as well as private sector, to ensure its infrastructure grows and it can sustain the existing tourism sector, in referring to the U.S. market.

Finally, the Tourism Secretary made the commitment to return to Puerto Peñasco to address requests from the tourism sector in uniting criteria to improve this tourism destination. 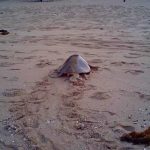 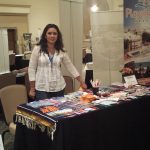 Next article - Puerto Peñasco takes part in Fiesta in the Desert! »