Kids Sea Camp of Family Dive Adventures, dedicated to planning family vacations along with diving activities, lodging, educational studies and programs focused on learning about the sea for adults and children ranging from 5 – 17, is one of the most renowned diving promoters in the world.
For the first time ever, the organization decided to start a sea voyage in Mexico with the initial trip departing from Puerto Peñasco on July 2nd with a group of 18 young divers from California, who began their live-aboard experience through the Sea of Cortez on the “Quino El Guardián”. In recent years, the live-aboard experience has attracted the attention of tourists from across the globe.

The Puerto Peñasco Convention and Visitors Bureau (OCV) welcomed the group of young divers to Mexico, inviting them to spend at least a night in Puerto Peñasco during upcoming visits. Representatives from the OCV passed out additional information regarding the natural beauties surrounding this magnificent port, as well as notable sites in the region, and wide range of tourist services that distinguishes us.

It’s important to note the majority of those looking for the live-aboard experience on this type of boat tend to belong to tourist segments with higher purchasing power, which could be favorable to the economy of Puerto Peñasco.

Jorge Gamboa Patrón, Director of the Mexican Tourism Board in Los Angeles, has commented that Puerto Peñasco should feel privileged in having been chosen by such an important diving agency such as Kids Sea Camp.

The federal official also commented the “Quino El Guardián”, as well as its sister boat “Roció del Mar”, both of which sail out of Puerto Peñasco, are among the most highly sought in Mexico. He believes, therefore, Puerto Peñasco should take advantage of this as a destination as these are the only live-aboard experiences in Mexico promoted by global diving agencies.

The seven-night trip will return passengers on July 9th after having included Islas Revillagigedo, along with the well-known Socorro Islands, within the tour. 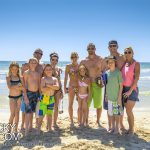 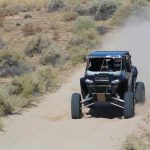