Mexican delights, fireworks, reenactments, and the traditional “Grito de Dolores” are just some of the activities taking place in Puerto Peñasco, and around the country, during patriotic festivities throughout September.

Although Mexican Independence Day is celebrated on September 16th, festivities extend throughout the month, enjoying time with friends and family, and reaffirming Mexican identity.

In Puerto Peñasco, preparations begin in August with decorations going up in some parts of the city along with traditional banners hung along main streets, and colors of the flag adorning City Hall and a number of parks. Of course there’s also vendors of flags and colorful pinwheels roaming throughout the city with their carts.

As part of the festivities surrounding Mexican Independence Day, and to welcome visitors who choose to celebrate the patriotic holiday here in Puerto Peñasco, a number of area hotels are offering special packages and fiestas.

On the evening of September 15th, the traditional celebration will take place outside City Hall. There, one can stroll through dozens of food stands offering Mexican delights and drinks and then enjoy a reenacted “torch” march along Blvd. Juárez, and recreation of the Insurgents Movement of 1810. The insurgents’ trail winds its way to the balcony of City Hall, where below scores of people gather to hear the traditional “Grito de Dolores”, and the night culminates with fireworks and “Castle Burning.” ¡VIVA!

Puerto Peñasco is an ideal spot to celebrate Mexican Independence Day given the variety of activities it offers. Take advantage of the warmth of the city’s beaches, area attractions, and traditional fiestas! 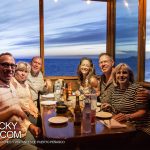 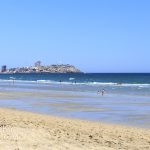 Next article - Puerto Peñasco’s tides are a unique spectacle »