After hearing technical details about the project, which began in earnest on January 3rd of this year following the project launch in December of 2013, Governor Padrés made assurances this would boost employment and tourism both for the port and Sonora itself. Investment in the project will reach nearly 600 million pesos. “This will be a catalyst and trigger for the ongoing growth of Peñasco, as well as sustaining Sonora well above the national average in the creation of jobs,” he stated.

Guillermo Ruiz de Teresa, Port and Marine Merchant Coordinator, expressed this project is an example of how imagination can become set in stone, transforming into a Home Port that will create jobs. Ruis de Teresa on the beahalf of Presdent Peña Nieto, commit $300 Million pesos for this year budget for the home port.

“This is what imagination can create: money, jobs, development, and tourism. This is imagination set in stone. Yet, this project also requires rooms, [and] supply areas; it is not just a dock. We are going to develop a dock, but all the rest as well,” remarked Ruiz de Teresa.

The Home Port, as detailed by State Coordinator of Tourism Promotion Javier Tapia Camou, will eventually have the capacity for up to three cruise ships with a 880 meter protection dock reaching 13 meters deep, along with the departure and arrival terminal for cruise goers and their luggage.

Once the Home Port begins operations in [late] 2015, expectations are for an economic boost of $330,000 dollars at each cruise ship stopping point, and double this at departure points such asPuerto Peñasco. 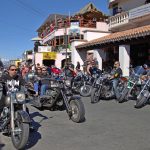 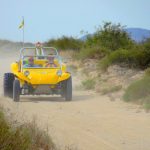