As part of the agenda for 2015, the Puerto Peñasco Convention and Visitors Bureau (OCV) aims to work on promotional measures to increase tourism to the area by 5 to 10%. Sights are set on extending promotion to California, particularly San Diego and the Imperial Valley, while strengthening efforts in Arizona. Similarly, goals are to boost promotion of the port in Mexico, primarily in the states of Chihuahua, Baja California, and Sonora itself.

These goals were recently outlined by OCV President Héctor Vázquez del Mercado, who further made assurances another important topic for 2015 is to continue insisting on the reopening of commercial flights. He maintains this goal is an effort to attract new markets, lower costs, as well as encourage new jobs.

“We must insist on reopening flights, which is the way Puerto Peñasco will be able to take a new step; it’s an immense benefit, and will bring new products,” he emphasized.

Vázquez del Mercado explained opening a flight is necessary provided though the city is an important regional destination, it remains isolated. He believes an aerial connection to the area is urgent in bringing down travel costs while shortening distances. To restart an airline project, he stated, investment from the state and federal levels is needed, as well as from the tourism sector.

Another point on the agenda for 2015 is to encourage hotels to advertise promotions well in advance of high-season periods, such as Semana Santa and Spring Break, with the goal of achieving full occupancy.

In addition, there are goals to provide training in customer service among staff at area hotels and restaurants while incorporating other service providers in tourism related fields.

The OCV also plans to continue promoting Puerto Peñasco through annual events such as the large Tianguis Turístico (Mexico’s largest tourism fair), continue meeting with travel agencies and associations for retired individuals in the U.S., all with the shared objective of seeking new markets.

Among plans for the New Year is also the possibility of attracting large events to the Puerto Peñasco Convention Center, welcoming artists of both national and international caliber, in order to position the ExpoCenter as a place for grand shows while continuing to draw visitors to the region. 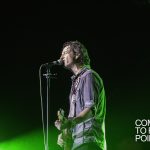 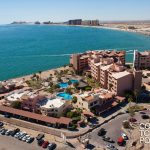 Next article - Resorts in Rocky Point »