(San Diego, CA, USA).  The team from the Puerto Peñasco Convention and Visitors Bureau (OCV-Peñasco), under the leadership of OCV President Héctor Vázquez del Mercado, had a thrilling and productive experience in promoting our destination at the 2017 San Diego Travel and Adventure Show held March 4th-5th in San Diego.

“Representatives from several of our tourism providers, such as SeaSide Reservations, Playa Bonita, Las Palomas Beach & Golf Resort, and RPR Mexico, helped promote the destination and the acclaimed services we offer,” stated both OCV officials.

They added the OCV of Caborca, represented by Juan Pedro Venegas and Eduardo Monteverde, were also part of the prestigious event in promoting the joint Peñasco-Caborca route (one that mixes beach tourism with history and ecology, as well as the culinary diversity of Sonora).

The Puerto Peñasco stand stood out at the 2017 Travel & Adventure Show in being one of the most frequented and for its outstanding exhibit, and attention to inquiries, detailed OCV-Peñasco staff.

Attendees at the 2017 San Diego Travel & Adventure Show consisted primarily of young families with children, as well as adults ranging in age from 35 – 60.  Per observations, the majority of families were comfortable with highway travel time (between 5 – 6 hours) between San Diego and Puerto Peñasco.

Ibarra and Félix emphasized many vacationers and potential visitors see Puerto Peñasco as a good option for weekend visits, or rather in escaping the city and daily routine.  Some couples remarked it could be a great spot to meet up with their children studying or living in Arizona.

Fortunately, Puerto Peñasco is a tourist destination that now sells itself. Visitors, who have perhaps even traveled to other parts of Mexico, return to Puerto Peñasco to see its potential in continuing to be the best host and beach destination in Sonora.

It is worth noting there is considerable demand for commercial flights to Puerto Peñasco, as well as interest in the different land routes. 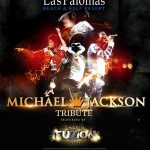 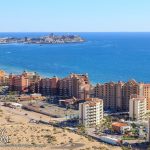