The Annual Sonora-Arizona and Arizona-Mexico Commission surpassed expectations by drawing a record number of over 700 attendees to the two-day conference, held Nov. 30th-Dec. 1st in Puerto Peñasco.  The gathering, which included roundtable discussions of the Commission’s 13 committees and with a particularly strong focus on challenges and opportunities surrounding the future of the existing North American Free Trade Agreement (NAFTA), aimed to strengthen ties between the two states while promoting bridges of opportunity among productive sectors on both sides of the border.

Governor Claudia Pavlovich Arellano of Sonora, together with Arizona Governor Doug Ducey, led the Commission’s plenary session on the second day, signing three Memorandums of Understanding and highlighting 16 committee agreements encompassing 37 plans and over 100 plans of action reached during the meeting.

Governor Ducey emphasized among the joint progress made, for example, was that to modernize and ease entry ports between Sonora and Arizona through the investment of at least 6 million dollars (speaking to the Mariposas entry in Nogales, as well as the commercial entry at San Luis Rio Colorado and another at Douglas, AZ). He also stressed the positive impact of the Lukeville-Sonoyta-Puerto Peñasco corridor, as well as agreements that promote education as a priority for both Arizona and Sonora.

Similarly, Sonora Governor Claudia Pavlovich Arellano noted the two states must continue to set an example for the world in advancing across borders through work, initiatives, innovation, and a common language of understanding.  She also emphasized the creation of the new Social Assistance Committee of the commission, which reached agreements concerning help for migrants and combating addictions.

The two Governors signed three Memorandums of Understanding during the Commission’s Plenary session, two of which strengthen joint educational activities encompassing scholarships and academic exchanges, including a relationship between Northern Arizona University (NAU) and the Technological University of Hermosillo (UTH), and a third concerning information pertaining to the border crossing between Lukeville, AZ and Sonoyta, Sonora, which is the principal access route to Puerto Peñasco for most travelers from Arizona.

At the recent Arizona-Mexico Commission, Federal Economy Ministry delegate Luis Núñez Noriega stated renewed construction on the Puerto Peñasco Home Port, following federal approval of 250 million pesos (about 13 million USD), will encourage development of not solely Puerto Peñasco but of the entire region.  He furthered the Sonora-Arizona / Arizona-Mexico Commission gathering builds confidence in the growth rate of Puerto Peñasco’s economy while acknowledging the generous fighting spirit of its residents.

The formal relationship between Sonora and Arizona, who share a strategic vision, is an opportunity to seek efficient collaborative alternatives, deemed Rodrigo Reina Liceaga, General Policy Coordination Director for the Mexican Ministry of Foreign Affairs.  Important progress between Arizona and Sonora in the areas of safety, health, and business show that, despite the current diplomatic environment between the two countries, actions can be pursued that benefit both communities and society.  He emphasized the relationship among the countries that are part of the North American Free Trade Agreement (NAFTA) is currently at a deciding point in time. The fact that Sonora can hold this type of binational meeting for what has been defined as a MegaRegion is quite interesting in what may provide positive results for the country. 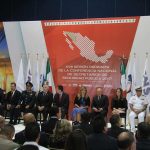 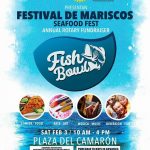